Descriptive writing of settings is one of my favourite areas to teach.  I enjoy enthusing my students; trying to find ways to boost their creativity and imagination.

I have used many different strategies and prompts in my lessons including:

All of the above have meant the students have had to look at something and describe it.  I was very interested to see if using Minecraft, in which the pupils have to create a setting from scratch, would have an impact on their writing.

How Did I Set Up And Deliver The Lesson?

First, the weekly home learning was to create a Minecraft world (I encouraged the children to be as creative as possible).  Then I made Google Slides for the lesson (click here for access).

In the lesson itself, the students spent 5 minutes recapping prepositions. 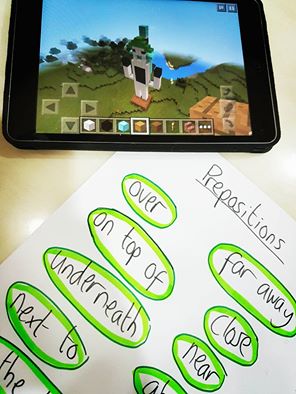 I also had them pinned on my working wall. 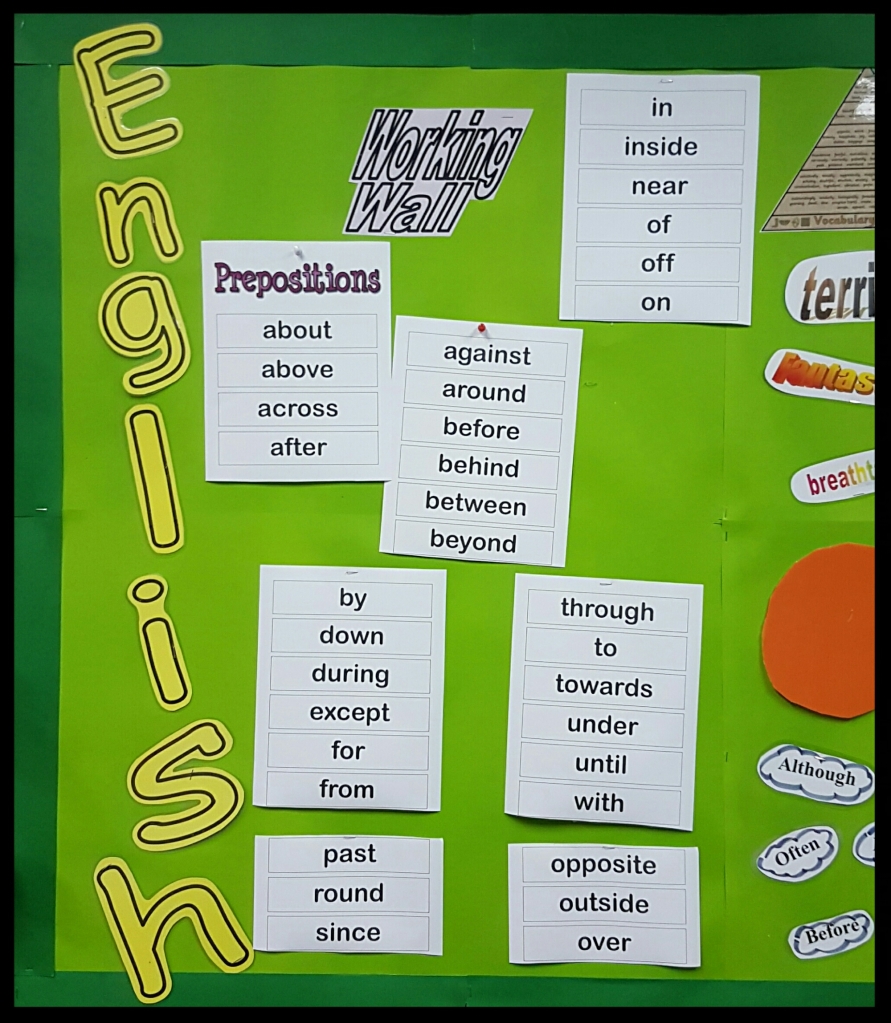 Then I gave them 5 minutes to show their world to a partner and explain what things are. 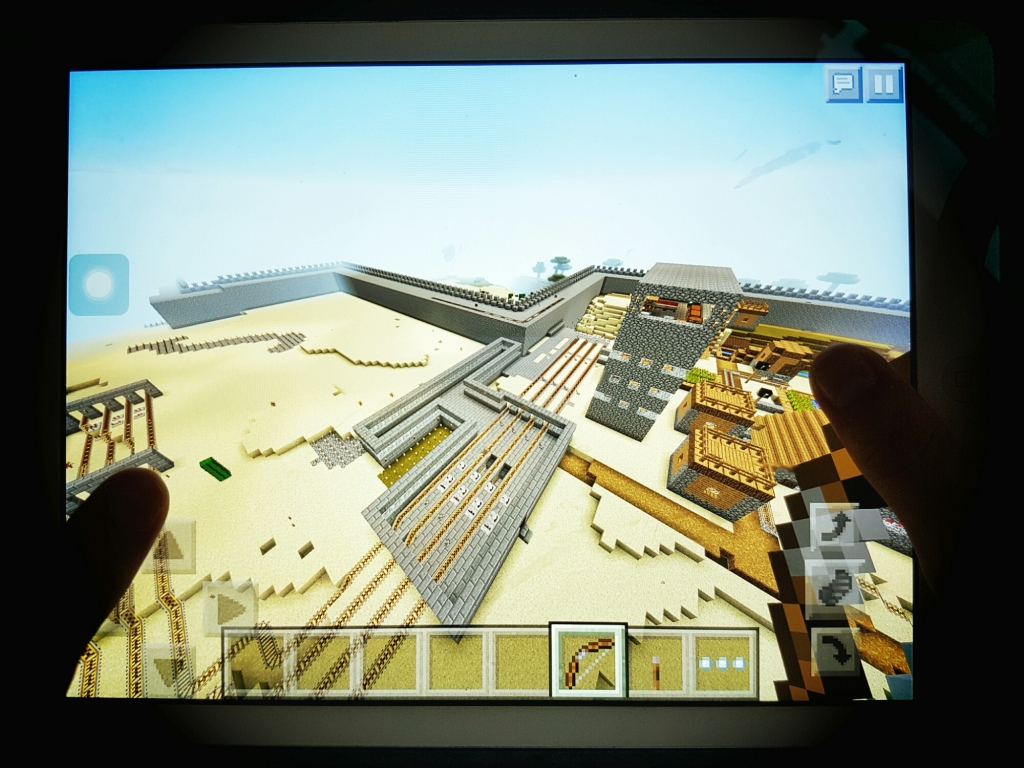 After, I displayed one of the children’s worlds on the board using Apple TV to project the iPad screen.

We did a shared write of the setting as a class.  Finally, the student’s began writing their setting descriptions in their books (they were free to look at their worlds on their iPads – BUT NOT PLAY OR CREATE ANYTHING ELSE!).

What was the outcome?  Did Minecraft increase the level of description in their writing?

In my opinion, the students were certainly motivated to write and the quantity of writing increased a great deal (especially in some of the boys who can be reluctant writers). Interestingly, they used many prepositions and some children commented that it was easier to do so because they could look around and see clearly where features were in relation to other objects. 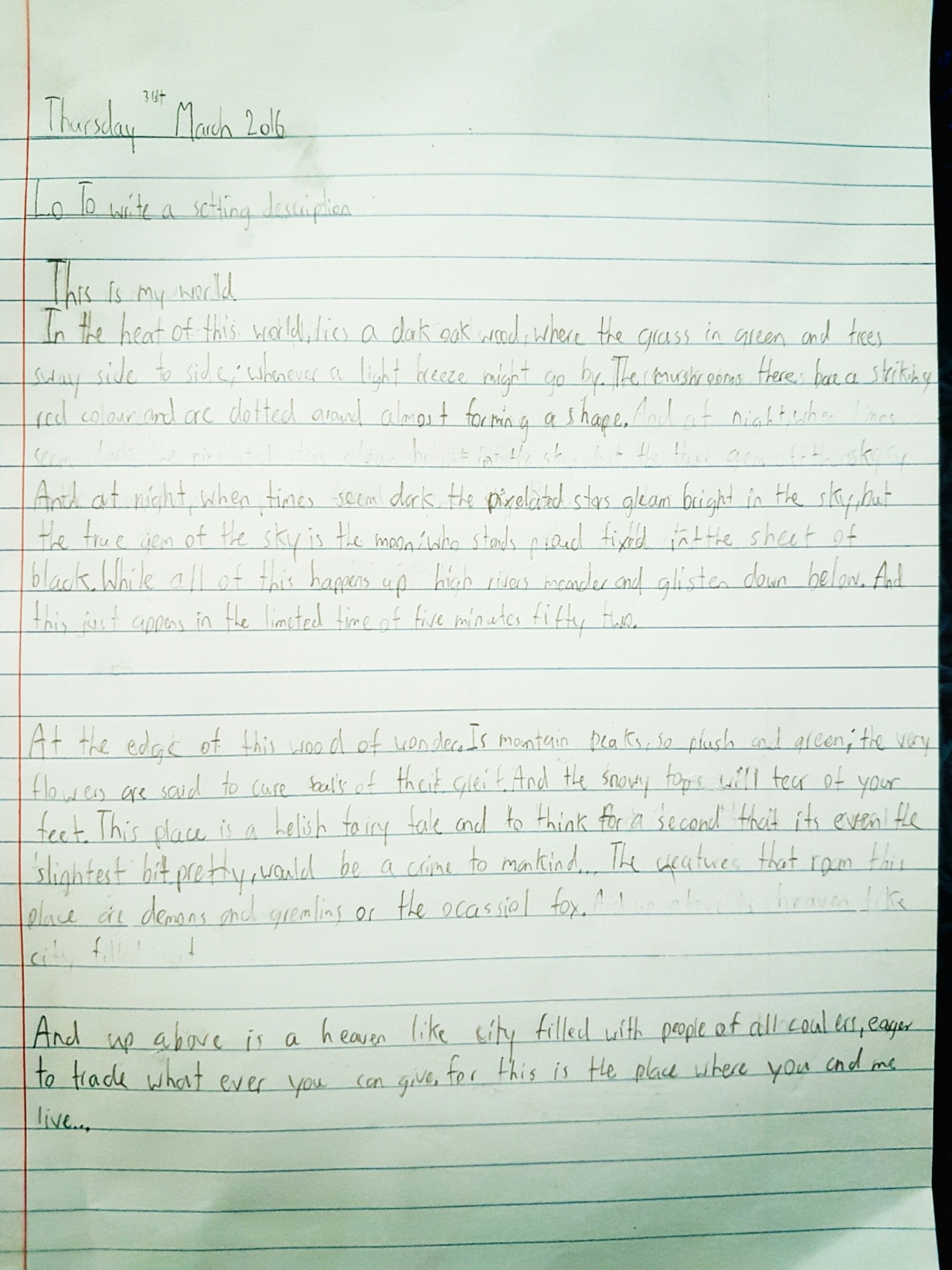 In terms of the quality, I would have to say I found no improvement.  The writing was on the whole quite literal; the students described exactly what they had built and they had thought less about the appearance, sounds, smells and feel of the setting. 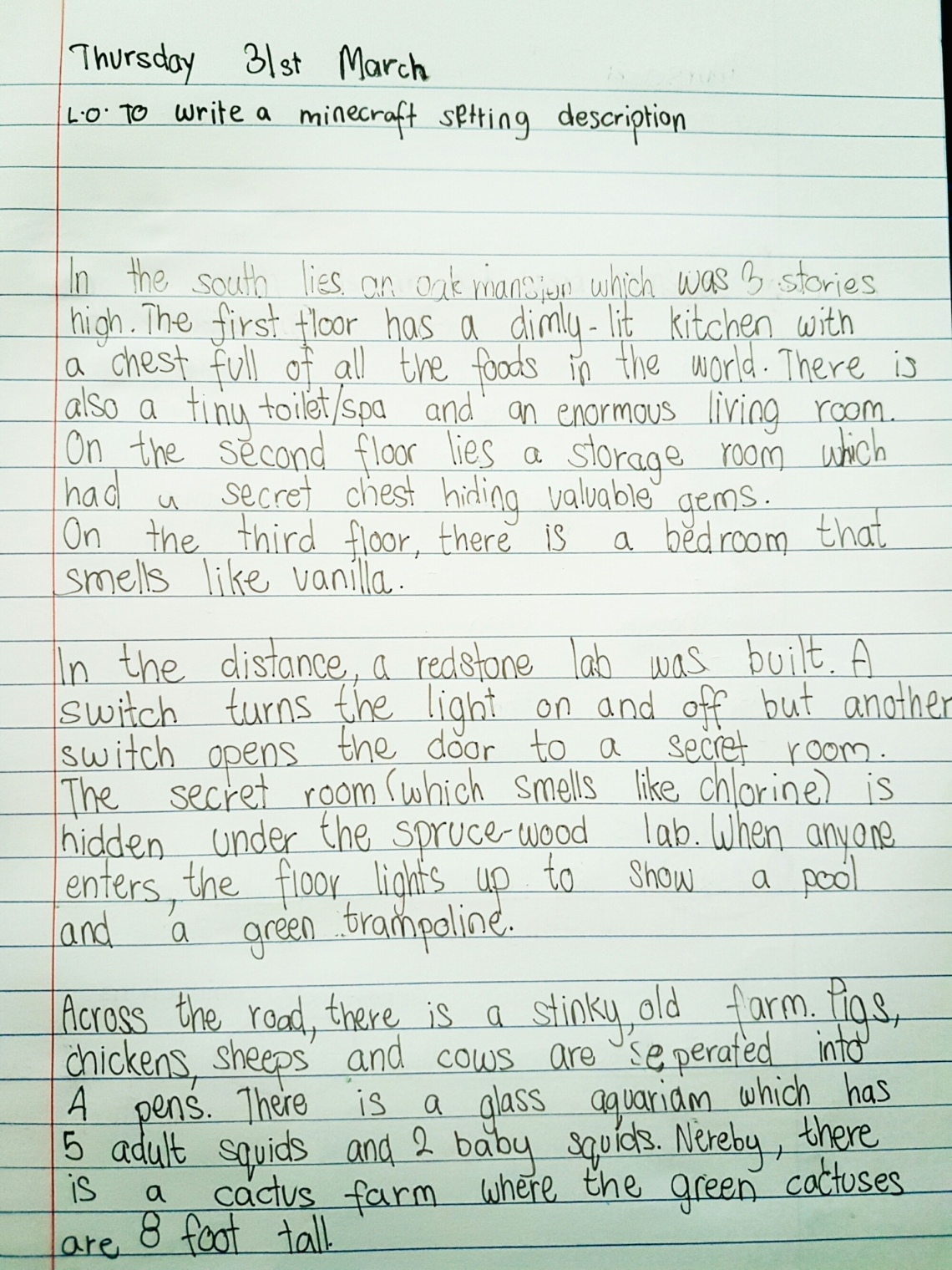 However, I have to point out, this was the student’s first go and I think that with more of a focus on the descriptive element of their worlds, Minecraft would be a success.

Have you used Minecraft in this way?  What other prompts do you use for teaching descriptions of settings?  Let me know by commenting below.