Minecraft is an incredibly popular game for both children and adults. It can be used on a PC or there is also a pocket version App on both the App store and Google Play. The premise of the game is to ‘craft’ things and make your own world.

Although it is often viewed as ‘just a game’ it actually has many educational uses. My students really like Minecraft, so why not engage them in learning through it?

In Science our class topic is circuits. When revising series and parallel circuits, one of my students commented that he could do this on Minecraft. I challenged the class to have a go. Watch the video below for how they got on:

After the class had done the Minecraft challenge, they created the ‘real’ circuit:

How do you create a circuit in Minecraft?

First place a ‘Redstone Lamp’ on the ground (this is the light bulb). Then use ‘Redstone Dirt’ as wire and connect the lamp to a ‘Lever’ (this is a switch). It’s as simple as that. 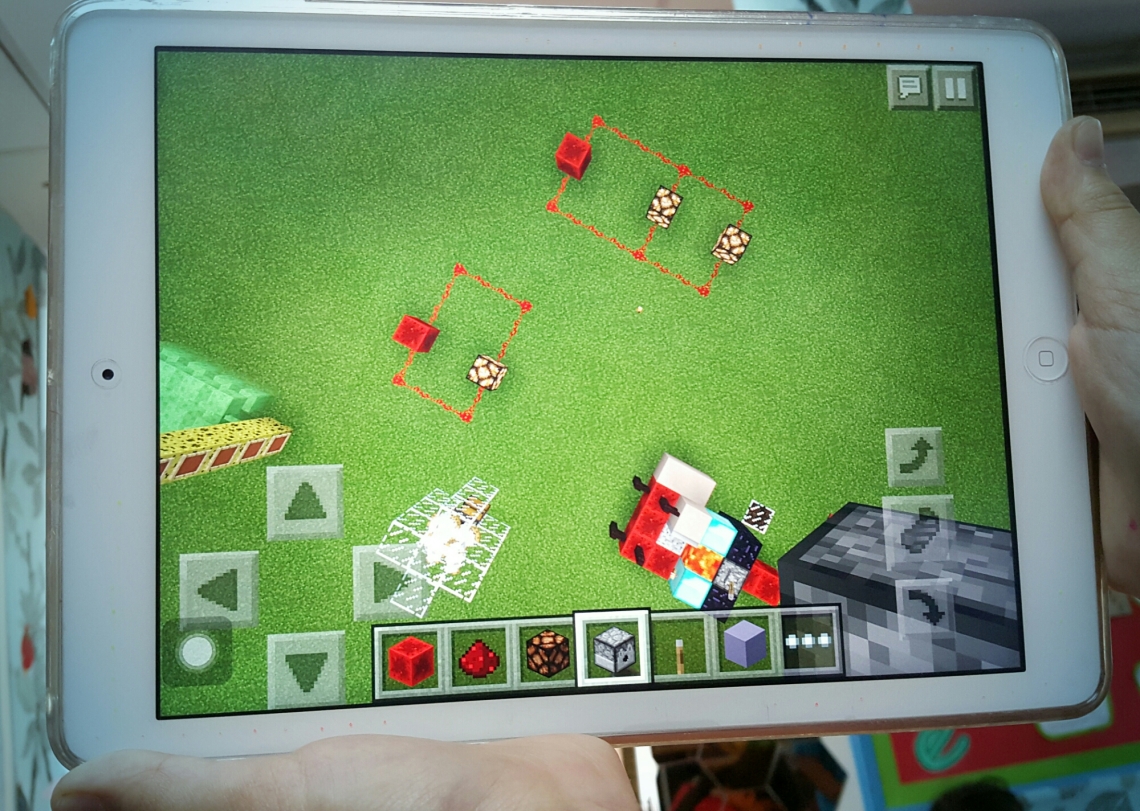 The answer is no. If you break the wire on one side, the current still can reach the lamp on the other side. However this was a great talking point for my students: they loved the fact they spotted that Minecraft was ‘wrong’.

However, it is possible to make a series circuit on Minecraft scientifically accurate. An expert in my class showed everyone how you could do it. He wrote this on the board and the students copied on their iPads:

This experience has really opened my eyes to how much logic and problem-solving is involved in the game.

What other ways can Minecraft be used in class?

Minecraft also allows for collaboration; if your students enter the same world, they can work on projects together. I have created my own 6J world for future lessons.

I have loads more ideas for how Minecraft could be used educationally:
– Craft a world and then describe the setting in an English lesson.  This is one of my student’s creations (so much thought and detail must have gone into this):

– Make some music using different sounding blocks.
– Look at volume of objects in maths using the Minecraft blocks.
– Making a prototype object for a DT project.

Let me know if you have any more ideas? I will definitely be posting about Minecraft again.